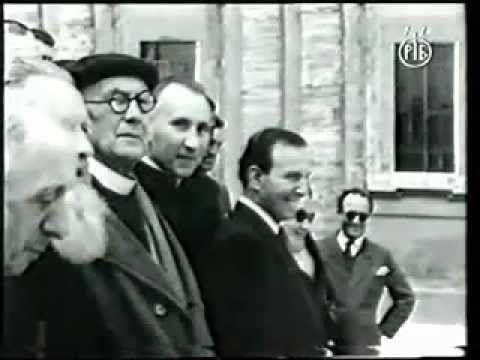 Bishop Alois Hudal was rector of the Pontificio Istituto Teutonico Santa Maria dell’Anima in Rome, a seminary for Austrian and German priests, and “Spiritual Director of the German People resident in Italy”. After the end of the war in Italy, Hudal became active in ministering to German-speaking prisoners of war and internees then held in camps throughout Italy. In December 1944 the Vatican Secretariat of State received permission to appoint a representative to “visit the German-speaking civil internees in Italy”, a job assigned to Hudal.

Hudal used this position to aid the escape of wanted Nazi war criminals, including Franz Stangl, commanding officer of Treblinka, Gustav Wagner, commanding officer of Sobibor, Alois Brunner, responsible for the Drancy internment camp near Paris and in charge of deportations in Slovakia to German concentration camps, and Adolf Eichmann— a fact about which he was later unashamedly open. Some of these wanted men were being held in internment camps: generally without identity papers, they would be enrolled in camp registers under false names. Other Nazis were in hiding in Italy, and sought Hudal out as his role in assisting escapes became known on the Nazi grapevine.

In his memoirs Hudal said of his actions “I thank God that He [allowed me] to visit and comfort many victims in their prisons and concentration camps and to help them escape with false identity papers.” He explained that in his eyes: “The Allies’ War against Germany was not a crusade, but the rivalry of economic complexes for whose victory they had been fighting. This so-called business … used catchwords like democracy, race, religious liberty and Christianity as a bait for the masses. All these experiences were the reason why I felt duty bound after 1945 to devote my whole charitable work mainly to former National Socialists and Fascists, especially to so-called ‘war criminals’.”

According to Mark Aarons and John Loftus in their book “Unholy Trinity”, Hudal was the first Catholic priest to dedicate himself to establishing escape routes. Aarons and Loftus claim that Hudal provided the objects of his charity with money to help them escape, and more importantly with false papers including identity documents issued by the Vatican Refugee Organisation (Commissione Pontificia d’Assistenza).