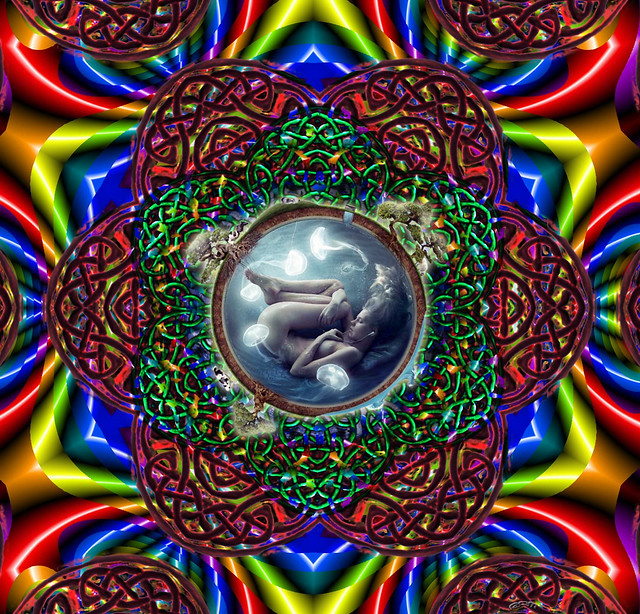 The ancient science of alchemy still influences the contemporary spiritualtheories, and stays shaping the spiritual philosophies of our time.

The whirlpool of its magic at one point became madness for the alchemists who tried to decipher its secret language of symbols and signs, and for the ones who managed to just bath in the beauty of its images, it stayed full of blessings.  The desire to knock on the door that promiseseternal life and eternal youth returns through centuries to haunt the alchemists with their quest to know the lapis philosophorum, the philosopher’s stone – the legendary alchemical substancecapable of turning base metals into gold.

It is the merge of male and female that fascinates us so much, it is the White Queen and the Black King that unite to give a birth to a child that isperfect and immortal.  It is Taoist Yin and Yang that when circling in perfect harmony create balance and harmony within a Human Being, on Earth and in Universe.

It is Male that is our Collective Consciousness, that is Sun, Reason, Science, Law & Order.

It is Feminine that is symbolised by Moon, or Earth, that is the Ocean of our Collective Sub-Conscious, it is our Dream Consciousness, our shadow existence, trance, dragon and the snake, siren and medusa, that is Life that creates and destroys itself.

Chinese Alchemy Symbols, The Mind as an unusual son of Chaos

Mind is symbolised by Mercury, and when Master of its Destiny, his spirit is a hermaphrodite that stands on both: the Sun and the Moon.

Extracts from the Secret of the Golden Flower

In an attempt to further understand thissymbolism within our lives we came across anancient Chinese Alchemy text: The Secret Of The Golden Flower, Tai Yi Jin Hua Zong Zhi 太乙金華宗旨, a Chinese Taoist text aboutmeditation, translated by Walter Picca in 1964.  The following are some extracts from this holy scripture.

It is said that Lao Tzu became one of the Eight Immortals using the methods within this book. The ideas have been traced back to Persia and Zarathustra and the Egyptian Hermetic tradition.

‘Master Lao-Tsu said: That which exists through itself is called the Way (Tao). Tao has neither name nor shape.  It is the one essence [Hsing], the one primal spirit. Essence and life cannot be seen…

About Gold from the Secret of the Golden Flower

‘The power of the seed, like Heaven and Earth, is subject to mortality, but the primordial spirit is beyond the polar differences. Here is the place whence Heaven and Earth derive their being. When students understand how to grasp the primordial spirit, they overcome the polar opposites of Light and Darkness and tarry no longer in the three worlds.’

About Duality from the Secret Of The Golden Flower

‘In the body is the anima. The anima, having produced consciousness, adheres to it.Consciousness depends for its origin on the anima. The anima is feminine, the substance of consciousness. As long as this consciousness is not interrupted, it continues to beget from generation to generation, and the changes of form of the anima and the transformations of substance are unceasing. But, besides this, there is the animus in which the spirit shelters. The animus lives in the daytime in the eyes; at night it houses in the liver. When living in the eyes, it sees; when housing itself in the liver, it dreams.’

About Consciousness from the Secret Of The Golden Flower

‘The one effective, true essence (logos united with life), when it descends into the house of the creative, divides into animus and anima. The animus is in the Heavenly Heart (Mind*). It is of the nature of light; it is the power of lightness and purity. It is that which we have received from the great emptiness, that which has form from the very beginning. The anima partakes of the nature of darkness. It is the power of the heavy and the turbid; it is bound to the bodily, fleshly heart. The animus loves life. The anima seeks death.’

About Anima and Animus from theSecret Of The Golden Flower

Chinese Symbol for Heart and Mind is the same

The core Chinese conceptis Xin that means both Heart and Mind.  This insightful fact shines a wonderful light on anyChinese ancient text and philosophy.  The Mind that represents ideas, cognition, and reason, and Heart that represents desires, and emotions, are coming from the same centre and are directed by the same forces.  The Xin guides both beliefs and desires. It is the Heart, rather than the brain that is responsible for the belief systems.  The Heart is the centre of emotions and desires, or tranquillity and calmness, but also of intellect and understanding.

‘Understanding and clarity, knowing and enlightenment, and all motion (of the spirit), are likewise this Light; therefore it is not just something outside the body. The Light-flower of Heaven and earth fills all thousand spaces.’

About Light from the Secret Of The Golden Flower

‘The heart / mind* cannot be influenced directly. Therefore the breathing power is used as a handle…

About Breathing Exercises from the Secret Of The Golden Flower

About Meditation from the Secret Of The Golden Flower 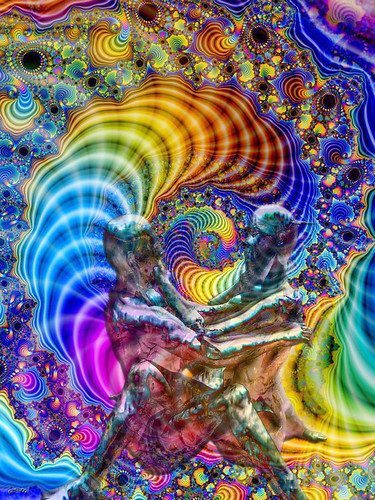 ‘As soon as these two substances meet each other, they unite inseparably, and unceasing life begins; it comes and goes, and rises and falls of itself, in the house of primordial power. One is aware of effulgence and infinity. The whole body feels lighter and would like to fly. This is the state of which it is said: Clouds fill the thousand mountains. Gradually it (life) goes here and there quite quietly; it rises and falls imperceptibly. The pulse stands still and breathing stops. This is the moment of true creative unity, the state of which it is said: The moon gathers up the ten thousand waters. In the midst of this darkness, the Heavenly Heart suddenly begins a movement. This is the return of the one Light, the time when the child comes to life.’

About Merge of Yin and Yang from the Secret Of The Golden Flower
Alchemy of Love Secrets of Meditation Video
From Art of Enlightenment @ http://www.artof4elements.com/entry/79/the-secret-of-the-golden-flower

One thought on “The Secret of the Golden Flower Chinese Alchemy”