The date 11 November  as a great number of special meaning for example the armistice of WWI was signed on the 11th day of the 11th month on the 11th hour.Add 11 after the 11th hour and you get a different meaning.

I don’t know exactly what the origin is but the date 11 11 at 11:11 am  is also known as the fool’s date, throughout a great number of countries but mainly in western Europe it triggers the start of the preparations forthe Carnaval(aka Carnival) season. 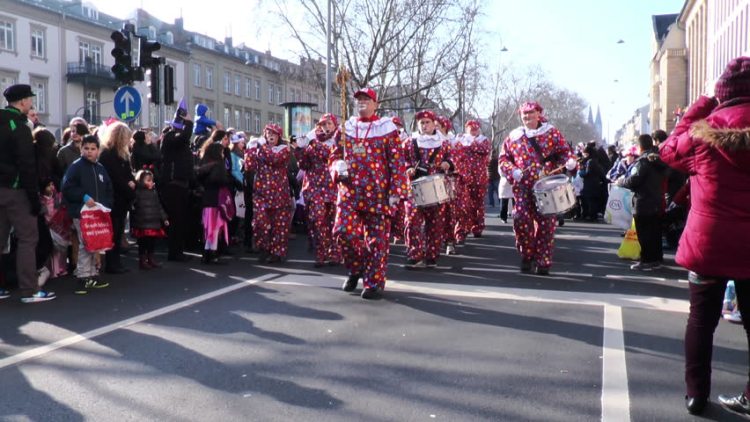 Carnaval is traditionally a Catholic  festival that takes place the 3 days before lent,the actual word translates into fall of meat. It signifies 3 days of indulgence of food and drink before people fast for 40 days until Easter. It starts on a Sunday and ends on the Tuesday before Ash Wednesday.This is traced back to biblical times where Jesus fasted for 40 days and 40 nights, and then was tempted by the Devil .”Then Jesus was led by the Spirit into the wilderness to be tempted by the devil. 2 After fasting forty days and forty nights, he was hungry.The tempter came to him and said, “If you are the Son of God, tell these stones to become bread.”

Jesus answered, “It is written: ‘Man shall not live on bread alone, but on every word that comes from the mouth of God.’”

In modern days it really has become a feast of indulgence and not only a Catholic festival anymore, the most famous Carnaval is the Rio de Janeiro one.

A pivotal part of the festival is the parades or the floats on the Monday of the festival. The floats are mostly portray current affairs and have a satirical and political nature.

During the Nazi regime the festival became more sinister and darker. The floats ,which are really meant to be funny and make people think and laugh, were turned into a propaganda tool

The floats were used to manifeats expressions of anti-Semitism marking the German Carnival season during the years leading up to World War II.

Anti-Semitic floats, like this one from Cologne Carnival in 1934, were common. The banner reads: “The Last Ones Are Leaving.”

This float from Cologne’s Rose Monday parade in 1936 depicts the Jews losing their rights under the so-called Nuremberg Race Laws of 1935.

The carnival was used as a propaganda tool to highlight the values of the German nation. Here Nazi Propaganda Minister Joseph Goebbels (right) can be seen enjoying the Munich carnival, known as Fasching, in 1935. 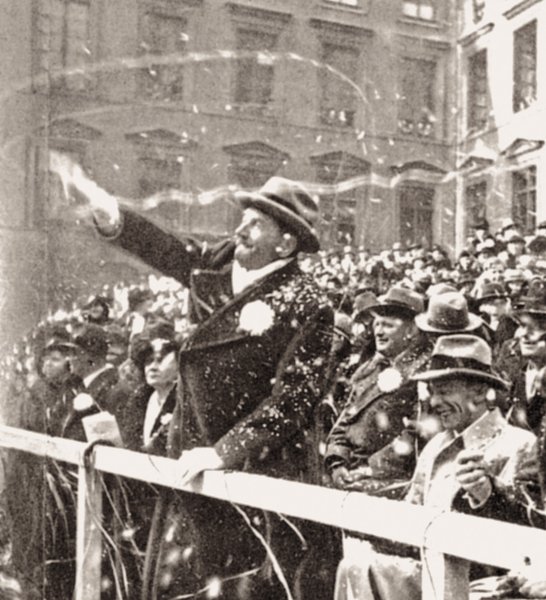 A 1935 design for a float with depictions of people who have fled Germany, with the motto: “Refugees, Under the Roofs of Paris.”

Kraft durch Freude-Strength through Joy, the Nazi organization responsible for leisure activities, hosted an event in Cologne in 1935. However, Cologne Carnival organizers managed to keep control of the festivities.

The Nazis saw that the tradition of Carnival could be used to portray their notions of the German Volk or nation. Yet its anarchic fun and potential to mock those in power was something they sought to strictly control. Right from the beginning of the Nazi regime in 1933, there were orders not to mention Hitler during the festivities.

Yet there were some rare instances of defiance. For example, one Carnival group in Frankfurt dared to print posters in a newspaper depicting the Führer as a Carnival jester. A team of Nazis was immediately sent out to destroy the club’s float and arrest the editors, who spent three weeks in prison.

This image from the magazine Kladderadatsch shows the Führer accompanying Germania to a Fastnacht ball.

also fell foul of the authorities after making one too many jokes about the Nazis. During one speech, he stuck out his hand to do the Hitler salute and quipped: “Looks like rain.” Küppner ended up in jail and was barred from making any more speeches.

And the president of Düsseldorf’s Carnival committee, Leo Statz, paid the ultimate price for his irreverence. He had repeatedly annoyed the Nazis with his satirical Carnival songs and in 1943, after drunkenly questioning whether Germany could win the war, he was arrested by the Gestapo and eventually executed.

Nevertheless, these were the exceptions. On the whole there was a large degree of compliance with the regime. There were jokes in almost every Carnival speech about Jews as well as other enemies, such as the French or Russians. Many of the floats mocked the League of Nations, and favourite hate figures were American politicians, such as New York Mayor Fiorello La Guardia, whose mother was Jewish.

For the regime, Carnival was a useful propaganda tool to the outside world. There were repeated references to the jobs created and the boost to the economy. The Nazis launched an advertising campaign to attract foreign tourists and to show the country in a favorable light and to show the “peaceful Germans, who didn’t want war, but just wanted to have fun,”