Its time to tell the TRUTH, and not to be afraid any more. We need

to stand for our rights, for Freedom and our Human Rights.

I know there are many brothers and sisters who never gave up, as

Barney Ivanovic, I still remember when we used to work together

to expose the MASONIC influences here in the island of Curacao.

We all have our Battles with them, but its time now to unite,

and to expose all of them.

SOON they will be ARRESTED, and they all know that.

SO here i am providing all the EVIDENCE and the PROOF

that they don’t CARE for no body.

CURACAO: CASE OF BARNEY IVANOVIC/OCEAN SIDE MANAGEMENT NV in the CASE Of CURACAO PLAZA has been RESOLVED.

CIS – KING WILLEM ALEXANDER of the NETHERLANDS Confirmed to Help BARNEY IVANOVIC in the Crime Case of Curacao Plaza Hotel.

MY LETTER TO QUEEN BEATRIX of the NEDERLANDS.

CURACAO : CURACAO IS BEING CONTROLLED BY FREEMASONS AND VRIJMESSELAAR here are some of their EMAIL March 04, 2018 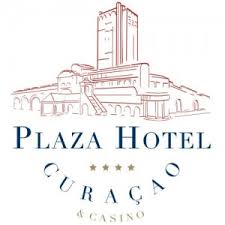 As per Barney Ivanovic’s opinion, 6 December 2012

As per Barney Ivanovic’s opinion, he has been discriminated and denied due process.

So, I was removed by force on March 1, 2008 from my office in Plaza Hotel Curacao, by Speedy Security and Chester

Peterson under the supervision of Curacao Police, without just cause and without court order to support this

Further, I was removed as a Fort Shore N.V., Managing Director from Curacao Chamber of Commerce Register with out legal documents to support such removal.

Further, my bank accounts in Giro Bank and MCB Bank were taken over without my approval and used with out my signature.

Further, my shares in Metro Group B.V., and Bayside Holding Group Limited, a foreign corporation established in Tortola, BVI, were sold in Kortheding case by court order signed by Judge van Schendel, with out just cause and presence of any legal documents to support this order.

Further, even that I won 3 court cases including in Court of Appeal case regarding Plaza Hotel Management and shares ownership, I am still obstructed by Judge Saleh, to enter my business, which create further losses to investors, shareholders and my self, with out just cause.

Barney ivanovic will not stop. (news)

Letter to queen beatrix of the netherlands

LETTER to Department of JURIDICAL affair

Letter to MR. Eric Garcia of the GIRO BANK Curacao.

25APR18: KING WILLEM ALEXANDER AND QUEEN BEATRIX OF THE NETHERLANDS WILL ALSO BE ARRESTED BECAUSE HUMAN RIGHTS TAKEN AWAY FROM ALL OF US. https://youtu.be/j4fzVsel10Q

25APR18: MY MESSAGE TO BARNEY IVANOVIC, AND TO THE MILITARY JUSTICE TRIBUNALS, TO USE ALL THE EVIDENCE SO HUMANITY GET THEIR FREEDOM. https://youtu.be/btOijR0Wask

The reason for addressing this letter is to request the following:

1. The releasing of my name Ronald Wederfoort form your Black List,

And from with holding all funds, belonging or things which were held or taken away

from me, which some of them i have specified in my Posting to be returned as

soon as possible to me, so I can continue with my normal life on Curacao

together with my brother and sisters of curacao, who i do care for what is happening to them.

We are here to help each other not to fight each other, or to enslave no one.

and also to be stopped. Also the new pending measurements to be cancelled.

3. I would LOVE also that the KINGDOM organize a group op people who would

Nederlands, so each be a free Colony would be free to decide for them self s with

in this process if needed.

4. The Removal of all those appointed people on all the islands and Dutch influences

under the Monarchy of the Queen before, also all Parliaments and governments

will be dissolved and the people will take those position over.

5. Dutch Citizen or Foreigners who would love to stay to help Curacao, to

Corruption together in harmony.

These are some of the Points I am requesting, The most important is point 1,

because this would not give me the opportunity to be free, and do my work for

the people of Curacao, and also my other brothers and sisters in the world.

for my services. And the government not releasing my Tax return with holdings.

sale. This are some of the things which were withheld from me.

So i hope the QUEEN will remove this BAN which was put on me.

address these issues as soon as possible.